If you plan to "upgrade" from BioStar 1 to BioStar 2 you will need to migrate the user database from the BioStar 1 to the BioStar 2 database. You can install both softwares on the same PC, but they cannot both be actively running at the same time, as they use the same port. As well the licensing is different between BioStar 1 and BioStar 2 and you will need to purchase a new BioStar 2 license, if needed. As well once you get the database migrated over, you will then need to upgrade the firmware on the older generation 1 readers so they will work on the BioStar 2 software. The link below covers what older readers will working on BioStar 2.

[BioStar 1] How to Upgrade BioStar 1 Server

2. Next you would want to backup the existing database on BioStar 1.

3. Now if you install BioStar 2 on the same PC as BioStar 1, you will need to stop the BioStar 1 service from running when you want to install and/or use BioStar 2. You can do this by starting the "BioStar Server Config" applet in admin mode. 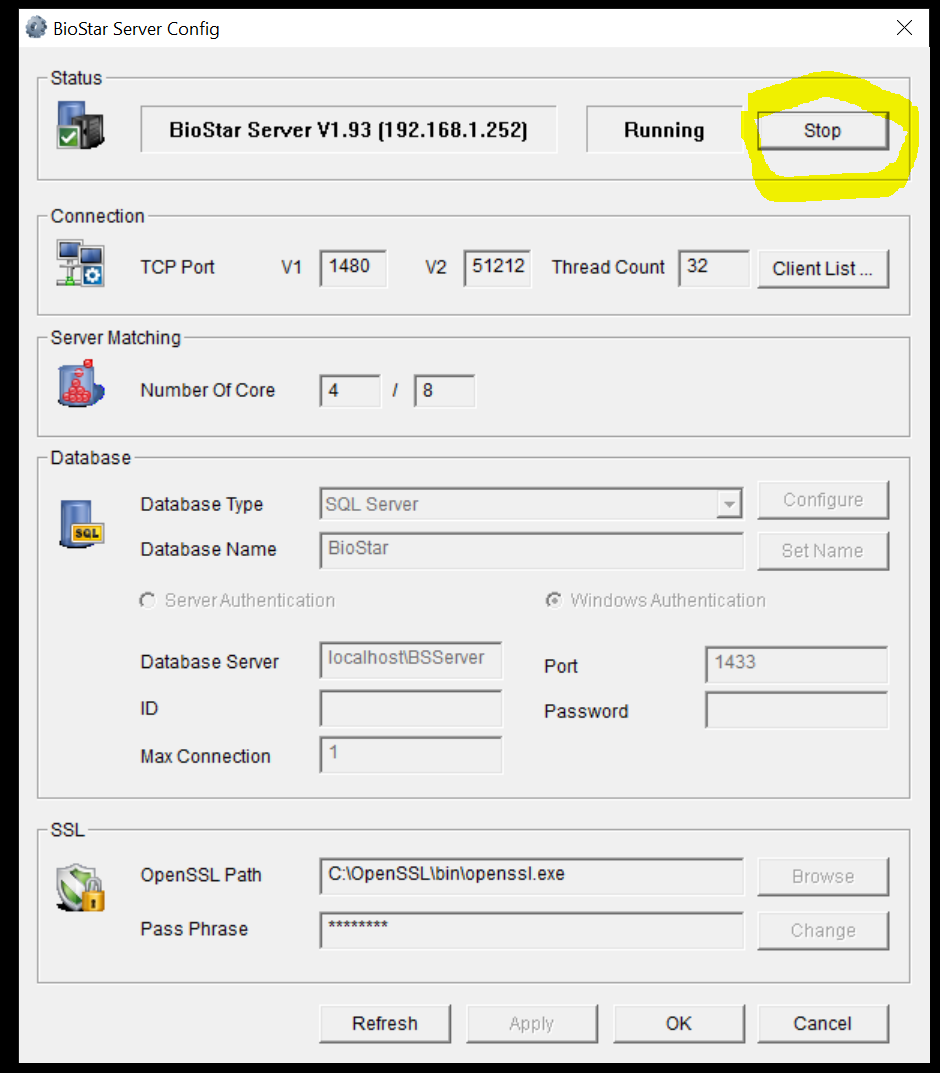 4. Next you would want to download and install BioStar 2 onto the server. You can do this on the existing server or onto a new PC. Be sure the PC meets the system reequipments and be mindful of the ports that need to be open on the network.

You can configure up to 5 doors with the free version of the BioStar 2 software. If you have more than that you will need to purchase at least a Basic license, unless you need to have doors unlocked during certain hours of the day. If you need that feature you will need to purchase the Standard license or higher. You can get these from your local distribution where you purchased any new reader.

5. Next confirm that the BioStar 2 services are running by using the "BioStar Setting" applet. If they are all not running, just click on the "Start" next to each. You will not need to worry about the 4th "Video" service listed, unless you are using that feature. 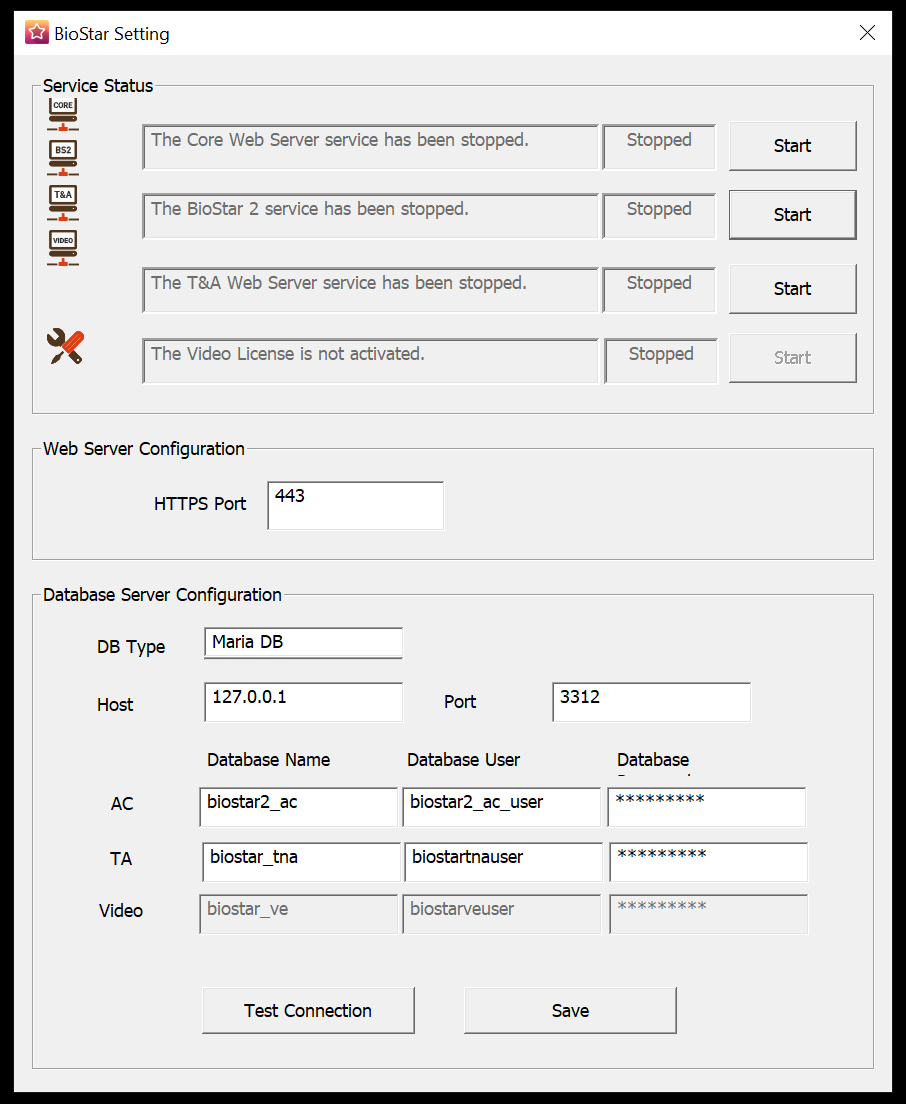 6. Once BioStar 2 is install, you can then migrate the end user database from BioStar 1 to BioStar 2.

7. Once the migration is completed you can then start the firmware upgrade process on the older generation 1 readers, if you plan to keep using them. If you happen to be using the older generation 1 secure I/O modules on BioStar 1 you will need to replace them with the generation 2 secure I/O module. We would suggest to do a single reader at a time and add them into BioStar 2 as you complete each firmware upgrade on each reader. Be sure that there is an active DHCP server service on the network that will issue new IPs to the devices. You can change the IPs after the upgrade if needed.

Before upgrading a site from BioStar 1 to BioStar 2, please refer to the feature limitations of entry devices in BioStar 2:
[Announcement] Notification About Feature Limitations with 1st Generation Entry Devices

Download the file below. Instructions are included in the zip file:

You should check DHCP Server, Internet Connection, and UDP connection.

- The devices need to receive a dynamic IP address from DHCP server and a PC should be available to search the device through UDP. To confirm the validation of fw.ini, Internet connection is required.

Please make sure to read the instructions and warnings to avoid device malfunction.

7-B.
Please let us know how many upgrade/downgrades you need and I will be able to provide the ini file for you.

You can copy and use a previous fw.ini file if you have a valid FW.ini.

Please make a backup file for FW.ini and copy it once you install Entryupgrade Tool 2.2.1e. Paste a copy of the FW.ini file in the directory path below.

8. Next you can add the readers to BioStar 2 and configure a door and the access groups and access levels. You can also apply your license at this time and start enrolling any new users.

[BioStar 2] How To Active BioStar 2 license

How to add a device.

How to add a door.

9. Next you can add new users to the system.

How to enroll users.

[BioStar 2] How to issue CSN and Wiegand cards

Let us know if you need any other information.

J
Jeff is the author of this solution article.