If your BioStar 2 setting is showing a service error, it may be caused by the following reasons

1. Configuration file has been corrupted by the system.

2. Database is corrupted: refer to the following link to resolve your issue - [BioStar 2] Database Corruption

3. Server hard drive is full: This will corrupt your database.
In this case you will have to delete BioStar 2 and restore a old backup that you made before.

If you don't have any backups, refer to the final section of the following article to make a clean install and restore users from your device: [BioStar 2] Database Corruption

The below instructions will show how to fix the issue #1. 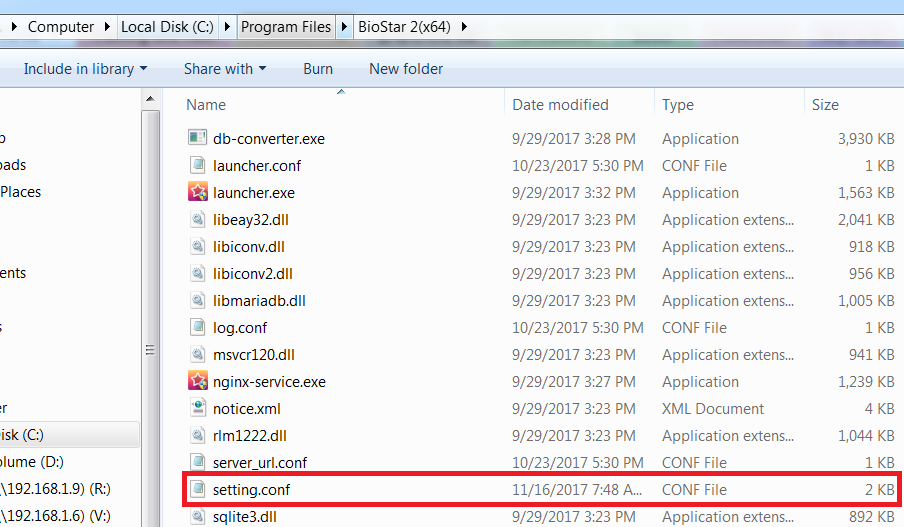 A proper setting.conf file should have the service listed: 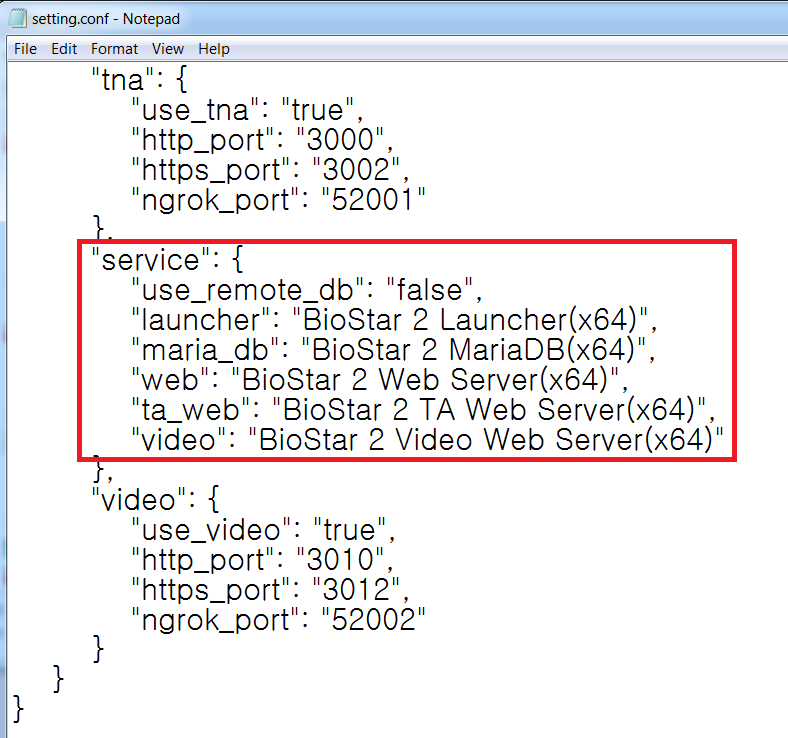 However a corrupted setting.conf file will not have the service items. That is why the services cannot run: 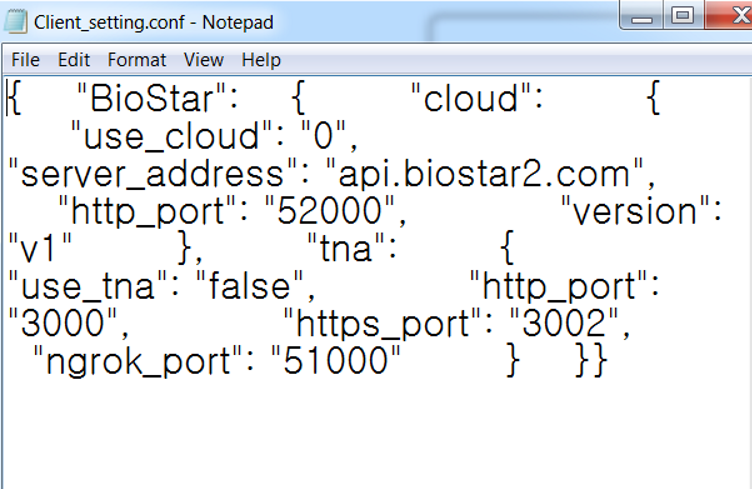 In this case you can add the service lines back to the configuration file and save it to resolve the issue.

* Make a backup copy of the setting.conf file in another location before you proceed in case you make wrong edits to the file.

* Below configuration file requires that you have the database on the same PC as the server (remote_db:false)