Previously, Suprema supported the LFD function only for some devices that support LFD in hardware.

However, if more customers use the latest BioStar 2 and device firmware to enhance the security of fingerprint authentication, it also supports the function to support software LFD.

You can use the latest features of Suprema through a version upgrade.

* BioStar 2 must match the device model and firmware information.

** Devices and firmware supporting LFD will be added according to the future release schedule.

2) How to configure in the BioStar 2 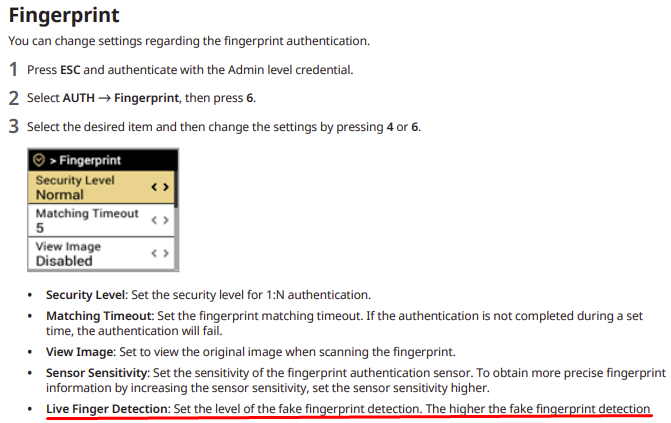 L
Laney is the author of this solution article.