Affected Version: BioStar 2.9.0 or above

In previous BioStar 2 versions, to add a visual face template for users through the CSV import function, one had to fill in the CSV file column table with the image file name.

However, with BioStar 2 Version 2.9.0 now the process got simplified by offering the [Visual Face Import] menu, one can enroll visual face template by simply matching the image file name to a User ID.

Now with BioStar 2 Version 2.9.0 You can enrolle user's visual face when the file name of the image matches the user ID

1.Make a separate folder and put all the image files that be used as visual face templates.
Note

If you are planning on creating a new user using the image file, note that User ID will be created using image file name 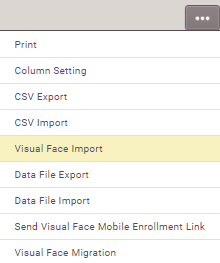 Visual Face Import -> Face Image Directory -> Browse: Click the file which was separately made for Visual Templates in Step 1 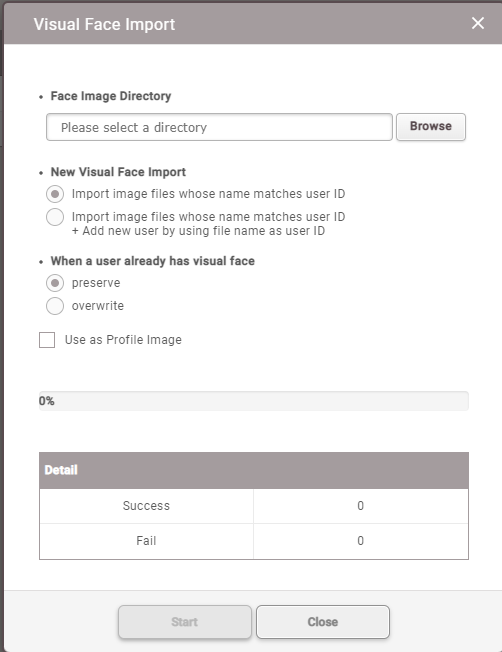 When a user already has visual face

Warning Message will be shown as below, by downloading one can find the reason for each error. 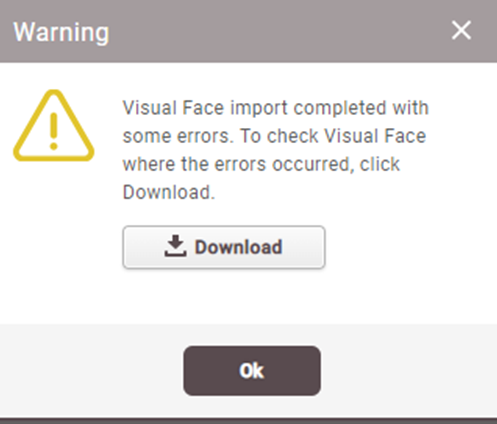 P
Phit is the author of this solution article.