This document explains how to update an existing MS SQL database using DBSetup. When you install a later version of BioStar, the existing database is automatically updated. The installation adds and alters tables. In this case, you don't need to be worried about the database update. However, if you have a database backup generated with an older version of BioStar and want to install BioStar on a new operating system, you should update the existing database on your own. For example, let's say that you have been using BioStar 1.1 on Windows XP and wants to upgrade the operating system to Windows 7 with BioStar 1.7. Then, what should you do? 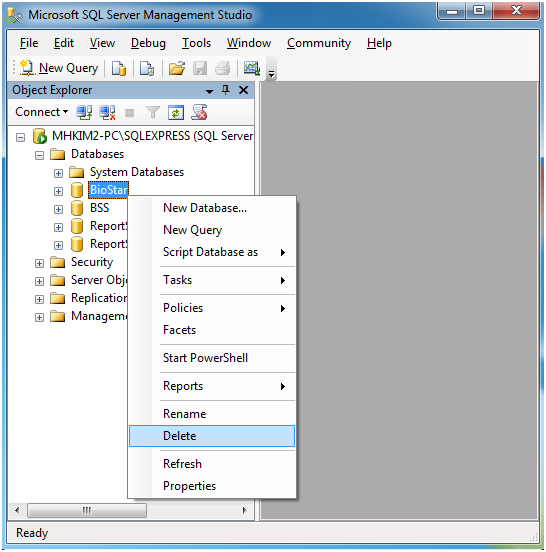 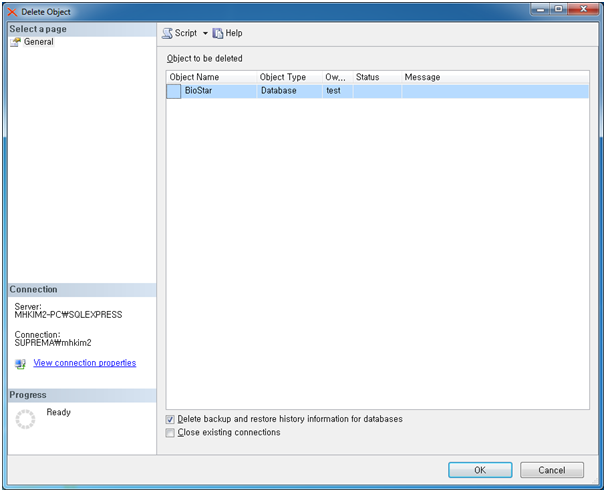 4) Restore the backup of BioStar database you created before installing the operating system. Refer to the document on how to restore a MS SQL database. 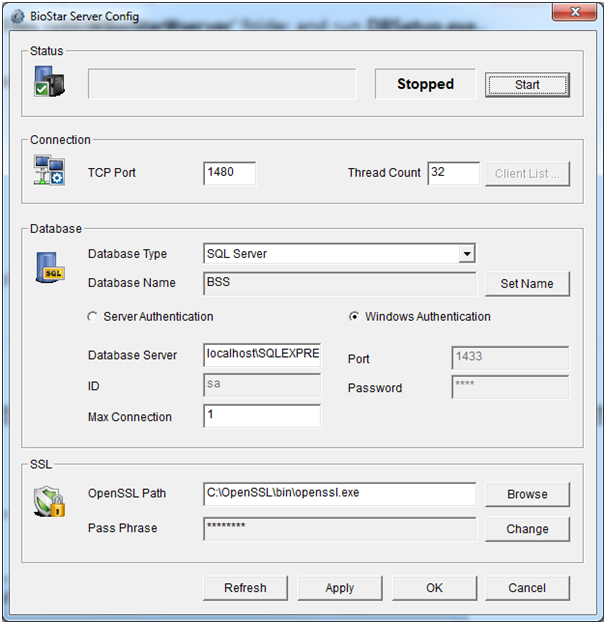 7) Run the DBSetup.exe program included in the server folder of BioStar 1.3. Go to the "C:\Program Files (x86)\BioStar\server" folder and run DBSetup.exe.

8) If you are asked whether to install Microsoft SQL Server Express, click No.

9) Choose MS SQL Server from the Database Type drop-down list. Check if other options are correct and click Setup. The backup database will be automatically updated to 1.3.

10) Install BioStar 1.7 and the database will be automatically updated.

11) If BioStar 1.7 Server does not properly start (make sure that the BioStar Server Config settings are correct), run the BioStarDBDiag.exeprogram. You can find it in the C:\Program Files (x86)\BioStar\server" folder.

12) Run BioStarDBDiag.exe and send us the result.

K
Kate is the author of this solution article.