Unfortunately there currently isn't a simple migration tool that allows upgrade straight from BioStar 1.9 to the current BioStar 2 version. The migration options available are as below.

Note: FaceStation 1 templates are not compatible with FaceStation 2 because the algorithm and template size is different.

From BioStar v2.6, new DB migration tool is included into the installation folder of BioStar 2.

• BioStar 1.x to BioStar 2.x Migration Tool is available on PCs with BioStar 1 and BioStar 2 installed.

You need to take the following steps:

4. Go to C:\Program Files\BioStar 2(x64)\biostar-migration\ and find the PDF guide of DB migration.

The easiest way to migrate users & fingerprints (the migration tool doesn't migrate the logs either) is to use a 2nd generation device (BioStation 2, A2, L2) on 1.93 and upload the users to BioStar 2.x.

*You cannot use W2, it will not store the names of users.

You need to take the following steps:

1. Transfer all users to 2nd generation device in BioStar 1.93.

** You cannot use a entry level device, since you have to upgrade the firmware and that process sets the device to factory reset.

2. Disconnect the device from BioStar 1.

3. Connect the device to BioStar 2.

4. Upload all users in the device to server. 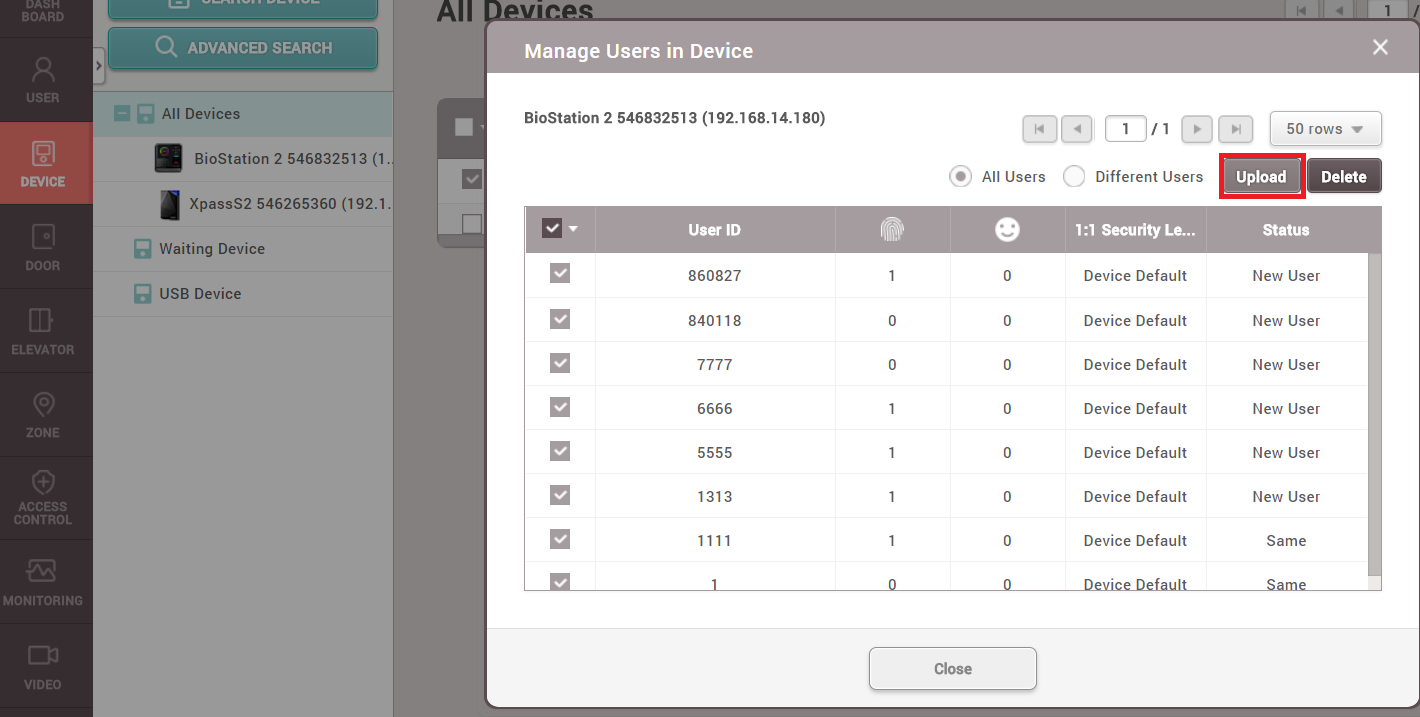 You will now have users' fingerprints, CSN card, and compatible user information in BioStar 1. Department information is not migrated because the concept is different in BioStar 2 and no logs are imported as well.

Caution: If you have users with a expiry date after 12/31/2030, they might not migrate properly because BioStar2 only allows up to 12/31/2030. In that case please run the query below before going through with the tool to change all exceeding expiry date to 12/31/2030

Also please make sure that the start date is not earlier than 01/01/2001 before you transfer all users to 2nd generation device in BioStar 1.93.