Below are how the information is stored in the server:

Below are how the information is stored in the device:

• CARD-ID - not encrypted (Protected with the Primary/Secondary Key)

- While the template is being sent to the device, the communication is encrypted in AES256.

- In BioStar 2.8 there is a new feature to additionally encrypt the personal data. For more details, please click here.

Is communication with the server and device encrypted? 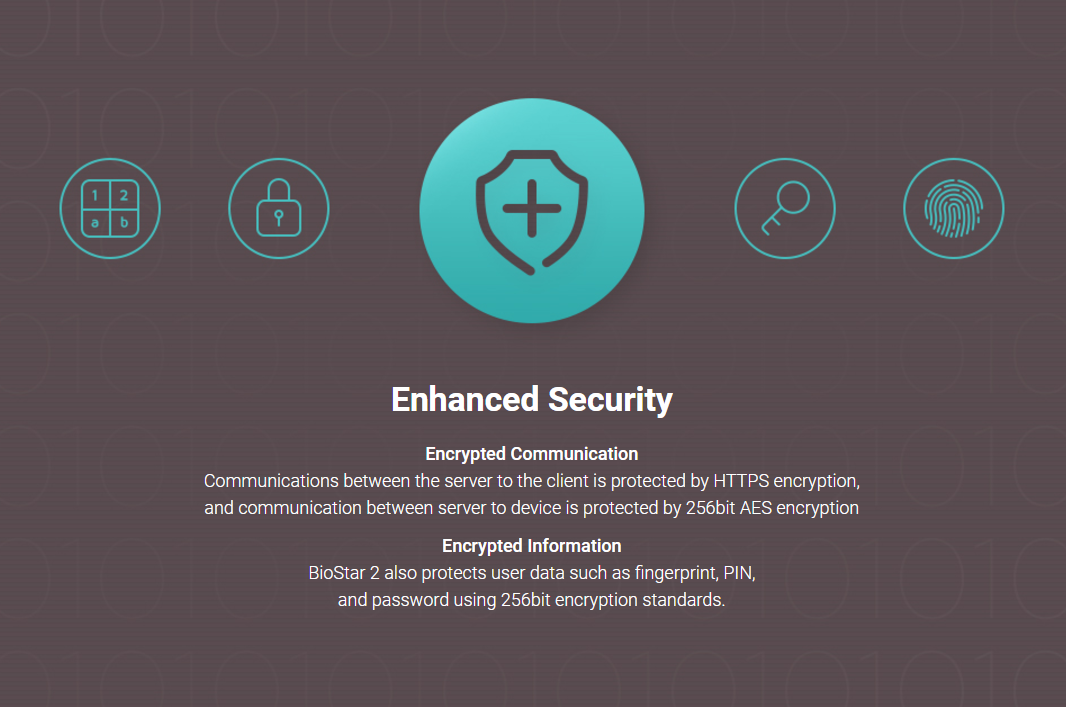 Is communication with the web browser and server encrypted?

Yes, if you use the HTTPS protocol. Refer to the article below to configure HTTPS.

Starting BioStar 2.5, HTTPS will be the default configuration on install.

How can I stop my device from connecting to a malicious server posing as the same server IP?

A transport layer security (TLS/SSL) feature for the communication between the server and device has been implemented in BioStar 2.4.
This feature would stop malicious users from connecting to the device by pretending to be the server with the same server IP. 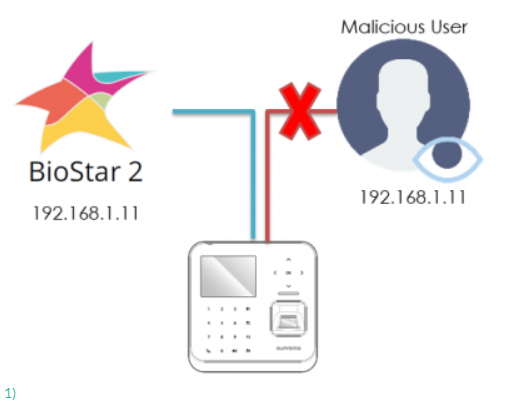 Refer to the article below to configure your server:

1) icon designed by Madebyoliver from Flaticon