Caution: Please consult us first before proceeding with a project if you are going to connect more than 50 2nd generation devices with BioStar 1.93.
It is strongly recommended to use BioStar 2 for large sites.

Those FW can be not connected to BioStar 1.93 because of the firmware bug.  Please review the solution.

If you want to apply a long holiday, you will have to add multiple 1 day holiday into your holiday schedule (maximum is 128 days) 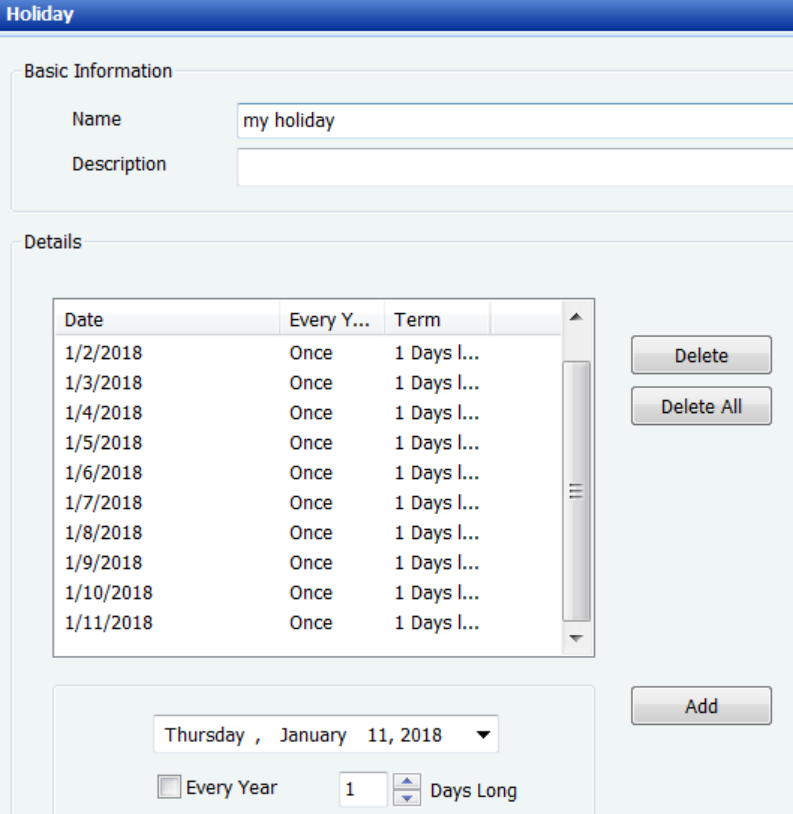