In order to benefit from newly added features in BioStar 2, latest firmware corresponding to the new version of BioStar 2 must be used.

However, due to lack of memory in our 1st generation entry (blackfin) devices, latest firmware cannot include new features which means they cannot support all the latest features of BioStar 2. We have seen some cases where the clients upgraded from BioStar 1 to BioStar 2 only realizing later that their devices do not support the new features of BioStar 2. In that case they would have to downgrade again, customize the firmware, or replace all the devices with new devices that support the feature.

Our 1st generation entry (blackfin) devices are especially missing a lot of the new features because their device memory is full and new features cannot be added.

BioStar 1 and 2 are different products which means that all the feature of BioStar 1 are not necessarily supported in BioStar 2.

For instance, legacy mode with RF readers are supported in BioStar 1, but in BioStar 2 entry devices do not support this feature.

Most device based new features after BioStar 2.4 are not supported.

Alphanumeric ID : This is only supported with Xpass and Xpass S2

OM-120 : This device is only supported with Xpass and Xpass S2

Muster Zone: This is global zone feature that does not require a change in the firmware so this feature can be used with all entry devices.

Before upgrading an existing site from BioStar 1 to BioStar 2, please make internal tests to check that your upgraded devices will support all the features you are currently using in Biostar 1.

Note that if only specific devices support a selected feature, it is described on the Knowledgebase article or the administrator's manual: 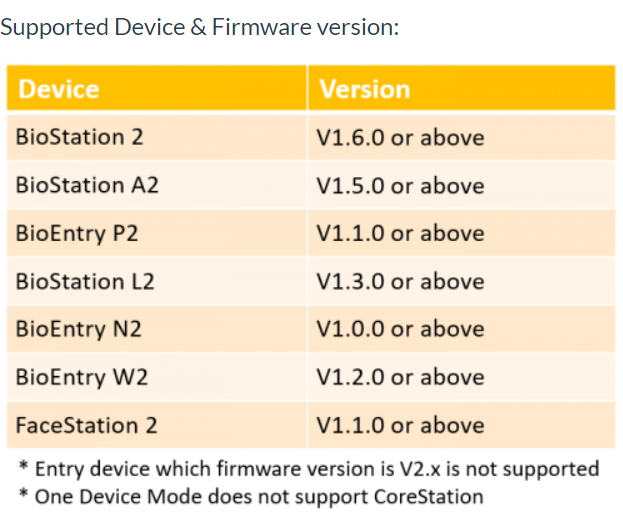 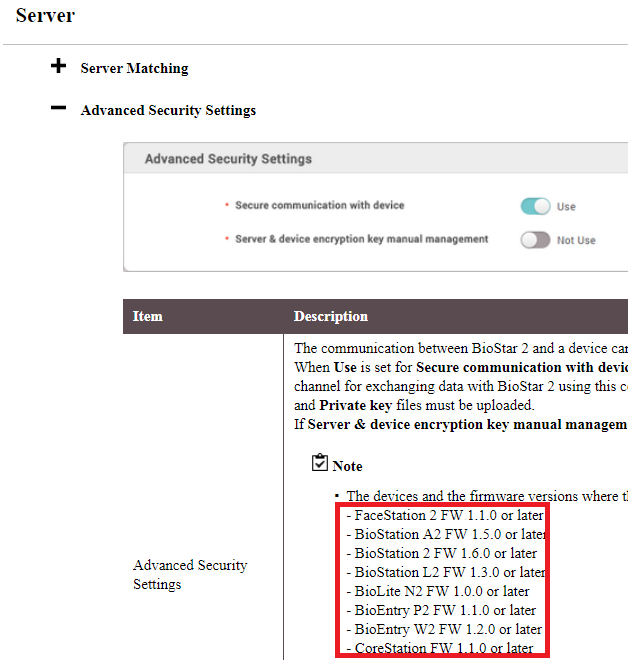