From BioStar 2.8.5, the Suprema team has improved so that users of the general user level can update their T&A report with the latest records in BioStar 2.

In the meantime, in order for general user-level users to check their latest T&A report, the BioStar 2 administrator had to update the user's report first to view it. However, from this version, users at the general user level can check the latest T&A status by clicking the 'Update Report' icon.

You can check the full operation of the improved features in BioStar 2.8.5 version through the following screenshots.

1. Check if you have set the ID and Password for BioStar 2 login to the User Level user. 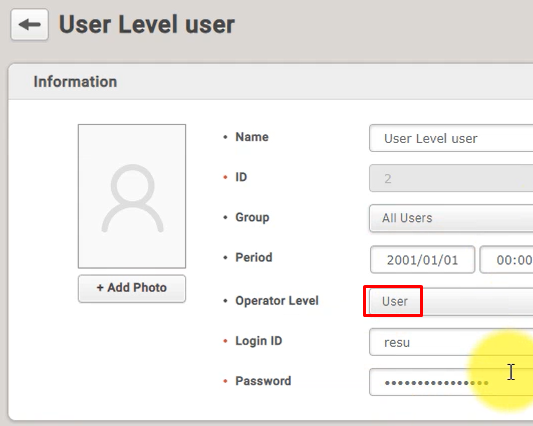 4. After the user's T&A record is updated, if the User Level user clicks the 'Update Report' icon again, the user can check the T&A report reflecting the latest record as shown in the blue box.

L
Laney is the author of this solution article.