There is a higher chance of a wrong acceptance or reject event if a user's fingerprint is not registered properly.

It is not recommended to lower the enroll quality lower than 80 to avoid issues in the future.

Selecting a finger for fingerprint input

In BioStar 2, you can store 10 fingerprints for any device.

Cautions for enrolling a fingerprint

It is very important that you include the core of the fingerprint when you register.

Correct positioning of a finger on BioMini Plus 2 device

The scanned fingerprint from the right image position, the user won't authenticate because of the rotated fingerprint. 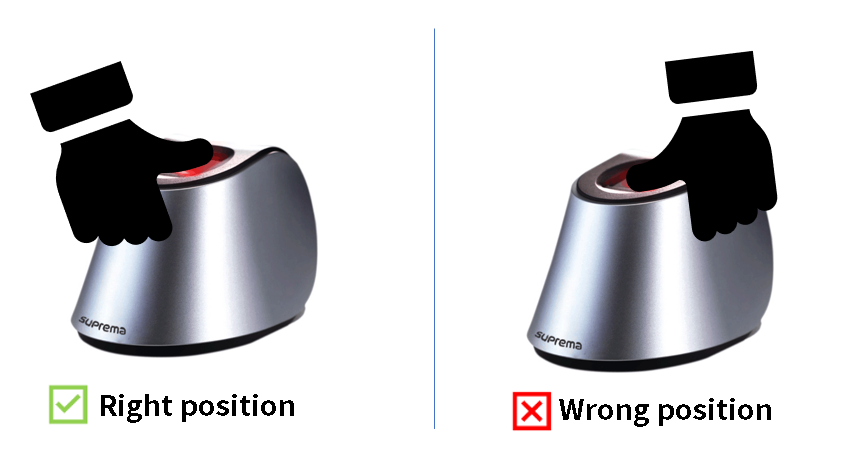 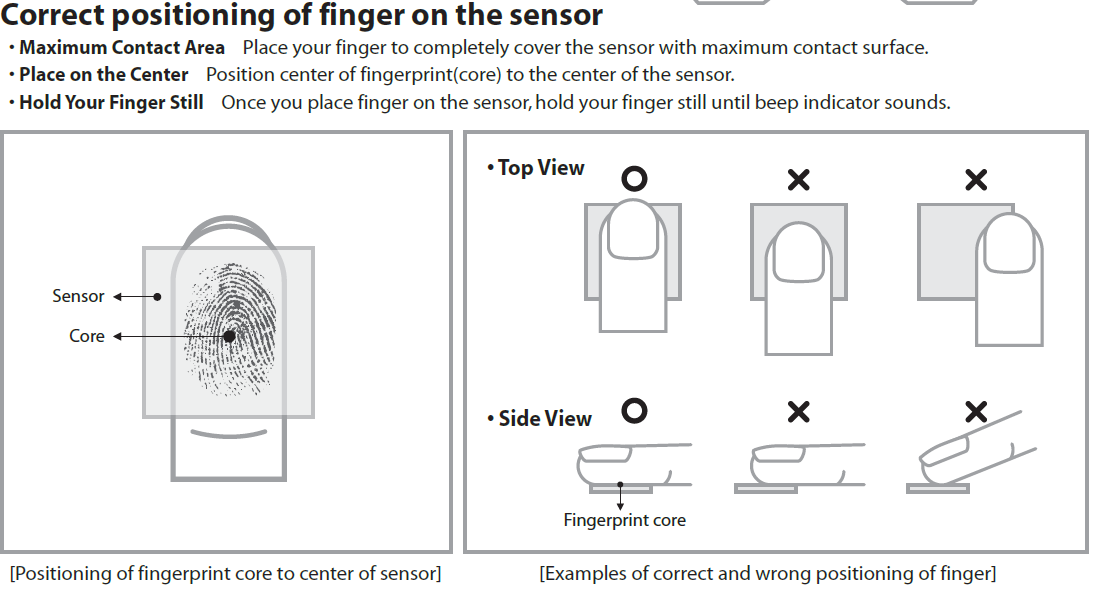 Suprema device can recognize a fingerprint regardless of a change of season or finger condition. However, the authentication rate may vary according to the external environment or fingerprint input method.

If the fingerprint authentication cannot be done smoothly, it is recommended to take the following measures.

Please refer to the attachment for more information. 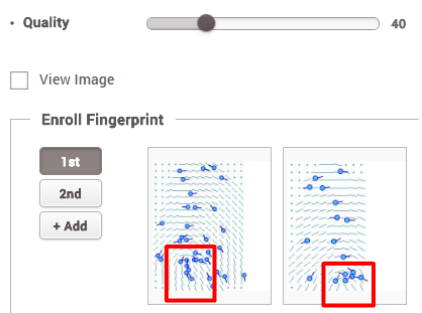 - only a portion of the fingerprint is registered

* compare with good registration example below 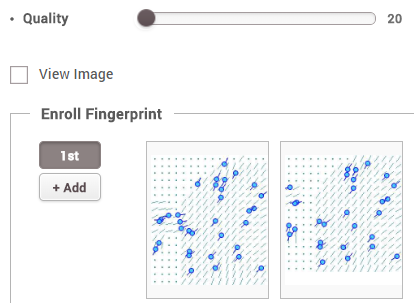 - only a portion of the fingerprint is registered 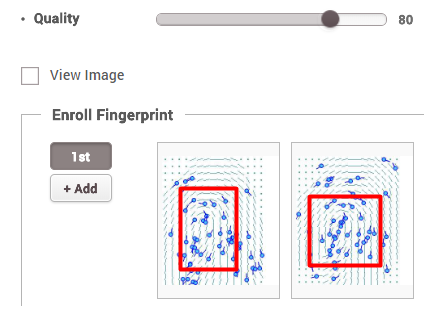 - there are high number of minutiae (features of fingerprint - blue points)

If you're enrolling user fingerprint with 2nd generation devices with the Advanced Enrollment feature, turn the feature on to receive hints on enrolling user

If Enabled is selected, the user will be notified when the scanned fingerprint quality is low.
The enrollment process will repeat until the fingerprint is placed correctly. 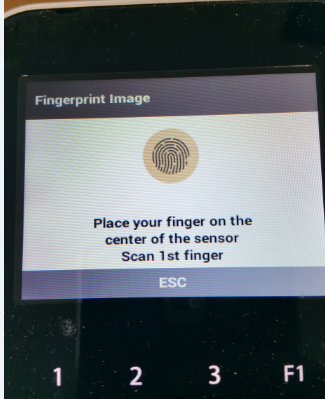 You can lower the rate of false acceptance by increasing the device security level.

This will lower the chance of false acceptance but it will also increase the rate of false reject.

Refer to the article below:

[General] About FAR and FRR rates