Wiegand Mode in BioStar 1 has options to Select user or card ID for Wiegand input or output. 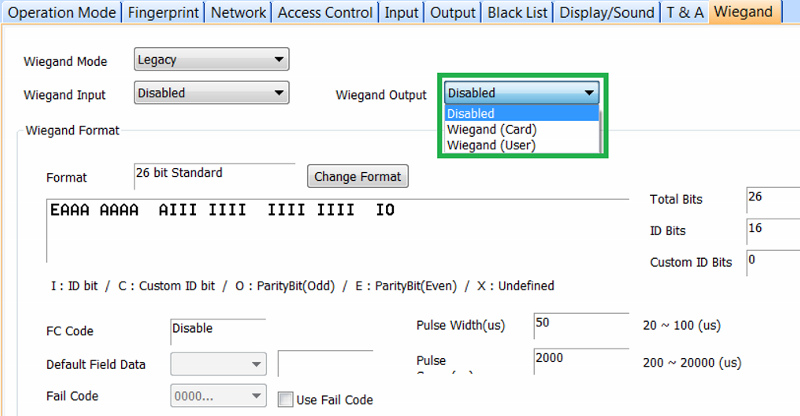 However in BioStar 2, only the card ID can be output. There is no option to choose user ID output.

Sending out user ID through Wiegand is not the industry norm, so it has been removed from BioStar 2.

However there is a workaround. If you want to send a Wiegand output with a biometric only authentication you have to add a card to the user.
Even if you don't have a physical card, you can just assign one to the user by manually entering a card.

In that case you can enroll a card number that is identical as the user ID.

Then when the user authenticates the card ID, which is identical to the user ID will be sent out via Wiegand.

Note if a user has 2 cards in BioStar 2, the behavior will be as follows:

For more information about wiegand output based on authentication mode, refer to the knowledgebase article: