Please check the below and keep using the latest version of BioStar 2.

BioStar 2.8.14 includes key features that many customers have been waiting for.

* As of BioStar 2 version 2.8.14, OpenJDK is applied to allow users to use BioStar 2 regardless of the Java version installed on the PC.

12. Improved the loading speed of the device menu when restarting the BioStar 2 server with multiple devices connected.

22. Improved to check the database connection status before proceeding with the BioStar 2 installation. 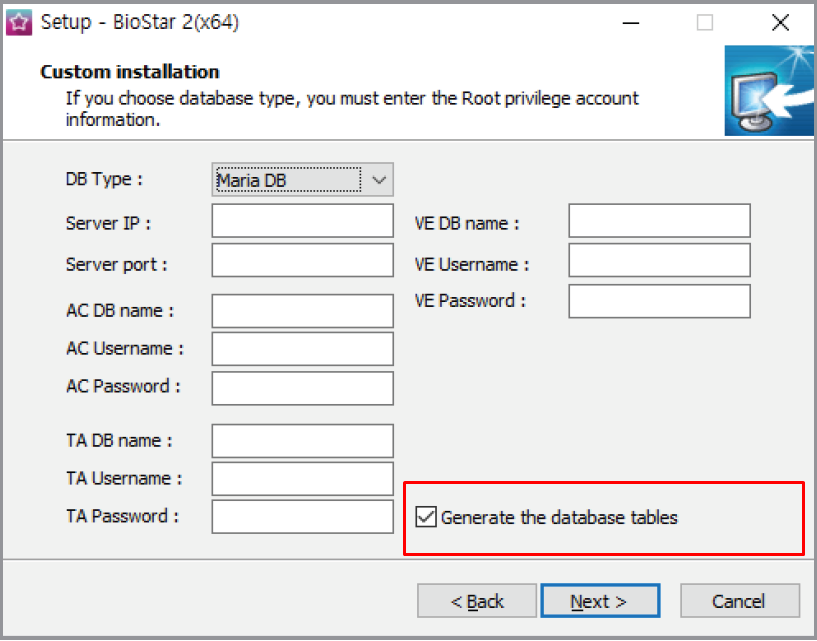 23. Improved to be able to run Swagger documents locally without a server address. (Relevant Article - [BioStar 2] How to Use Local Swagger (New Local API))

1. When using the 'Specific Devices' Automatic User Synchronization option, it did not sync if the user ID contains some symbols (_) (Affects version: v2.7.11).

5. When using the Visual Face as a user profile image, it exceeded the allowed size of the profile image and did not sync to devices (Affects version: v2.8.6).

6. When setting the logo image as the home screen for FaceStation F2, the image was not applied in the correct resolution for the device (Affects version: v2.8.6).

7. It was not possible to enter uppercase letters in the server address when using 'Device → Server Connection' (Affects version: v2.7.0).

11. When running ‘Manage Users in Device’ by selecting a device that supports only cards, the status of the user with the enrolled fingerprint was displayed as ‘Different’ (Affects version: v2.0).

12. When generating more than 10 events by selecting ‘Input (Event Name Change)’ in the Trigger & Action settings of CoreStation, it did not work properly. (Affects version: v2.8.8)

* This modification will be applied to devices with firmware version 1.5.1 or later installed.

14. During ‘All Devices’ Automatic User Synchronization, the access group and door synchronization results were not updated intermittently (Affects version: v2.0).

15. Devices were disconnected when the amount of data was large during Automatic User Synchronization (Affects version: v2.0).

16. When adding a user using API, it was possible to create a user ID with a value not supported by BioStar 2 (Affects version: v2.8.1).

17. When importing users with CSV import, ‘Upload successful’ message was displayed even if there was information that was not updated (Affects version: v2.3.0).

18. When a device that does not support the intelligent slave sent OSDP ID as an invalid value, BioStar 2 initialized the value to 0, updating RS-485 settings and disconnecting the existing RS-485 connection (Affects version: v2.8.10).

19. Even though the server matching is supported, the function was not displayed on the settings of BioStation 2 (Affects version: v2.2.2).

20. When a user has abnormal profile image, the user sync process was not finished properly (Affects version: v2.8.0).